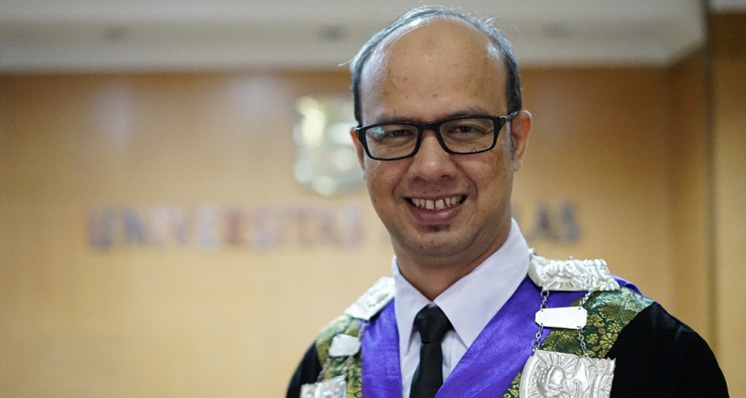 (Unand.ac.id) – The addition of COVID-19 infection cases has increased sharply again in West Sumatra (West Sumatra) since the end of July 2020, the highest occurred on July 31 with the addition of 41 cases.

On August 2, there was another addition of 9 cases plus 17 cases on August 3 and 13 cases on August 4. The total cases in West Sumatra until August 4 were 987 positive for COVID-19.

“I dare say we (West Sumatra) are entering the second wave of the spread of COVID-19,” he said on Wednesday (5/8).

The curve in West Sumatra, he said, has formed waves. The first wave occurred in May 2020 with a maximum increase of 35 cases.

Then, the number of cases decreased from June to the end of July, there were several times West Sumatra reported zero cases. Despite the addition of cases, during those two months there was almost no more than 10 cases.

That means, said the Dean of the Faculty of Public Health (FKM), the curve pattern has already formed waves. Compare with the curve at the national level, which until now has not sloped, the national distribution curve is still creeping up.

“Now in West Sumatra it is crawling again, initially 16, then 17, then 41. We don’t know the future because people keep moving,” he said.

This spread, he said, was forming a new wave and continued to the top. The peak is difficult to predict because the spread of the virus is racing with the movement of people.

Defriman reminded that learning from history, the second wave has the potential to be more dangerous because people don’t care.

The government, he said, must continue to intensify the promotion of health protocols to the public while preparing for hospital capacity.

Pandemic, said Defriman, always comes with waves. There could be zero cases. Because, when talking about a pandemic, we don’t just look at case control inside, but also look outside. Why? because people keep moving in and out. When it can be controlled inside, as did West Sumatra, the threat is to control imported cases. (K)
(Source)